The tableting process can be divided into three main steps:

Since compaction simulators have been available on the market, the compression stage can be investigated in the shortest possible time and with the smallest amounts of material. On a rotary press the compression is followed by the ejection so that the optimal set-up of the press should display a good interplay between both steps.

Although effective filling of material into the dies has been widely studied, there is no consensus on suitable tests that would predict the flow properties within the tablet press. Therefore, it can be tested only on the tablet press itself how effectively the material will fill the dies and which maximum production speeds are feasible. In order to maximize the performance of the tablet press, it is essential to understand the flow properties of the material and the corresponding optimal machine settings – paddle speed and paddle configuration, which permit maximum press speeds while maintaining product quality.

One possibility to impact the filling quality is the formulation development. Besides the active pharmaceutical ingredient, there can be many excipients in the tablet, including binding agents, lubricants and flow regulators. Balanced interaction of the various components may result in good flowability. However, chemical and physical characteristics of the components play a major role in the filling success as well. The properties of the bulk powder are particularly important in this respect because the shape, size and surface texture determine the interactions of the particles with each other and with the contact surfaces of the tablet press.

But not only formulation optimization may lead to the desired success of high-speed tableting with high tablet weight uniformity. The filling system configuration also has a significant effect on the filling of the dies. All components, from hopper geometry, surface finish and width of the material feed, to the feeder and feeder paddle geometry, may contribute to the filling uniformity.

Different machine models may have different material feed diameters and feeder geometries. The flowability can therefore not simply be calculated when transferring the product to another machine. Material distribution, shear forces acting on the material, the opening angle and the opening width to the die table, the amount of material pushed back into the feeder at the end of the fill cam, and the recirculation of material can influence the filling into the die. The fastest way of changing the material feed is by changing the feeder paddle geometry. Every KORSCH model allows a simple exchange of feeder paddles. Various geometries are available for this purpose.

But when to use which paddle? Unfortunately, there is no simple and unambiguous answer to this question because of the great variability and latitude in formulation with almost infinite possible combinations.

However, KORSCH has been able to gather extensive experience with a wide variety of customer materials and machine models to develop overall solutions. In this article, some empirical values are presented. The following data were scientifically determined in cooperation with the Institute for Particle Technology at the Technical University of Braunschweig. In the subsequent section, results of compression runs are described, which were conducted at the KORSCH INNOVATION CENTER in Berlin using a variety of customer formulations.

Feeder paddles can be distinguished by three categories: shape, number and height of fingers.

In order to show possible differences in filling efficiency, conditions were selected that represented a challenging filling task, such as a very deep filling depth. Here, the focus was set on the absolute amount that can be filled at different paddle speeds at a set turret speed. Two materials with different solid and bulk densities as well as different particle size distributions (and therefore flow behaviors) were selected.

For all compression runs, the same tooling was utilized. A fully filled die is indicated by no or just minor change in tablet weight with increased paddle speed.

The data obtained shows that materials with good flowability and low shear sensitivity can be effectively filled into the dies with all paddles used. The tablet weight majorly depends on the speed of the paddles. The increase in feeder paddle speed has a significantly higher influence than the different feeder paddle geometries (finger number, height and shape).

When the material shows a tendency to densify in the feeder, a constant material movement in the feed frame chamber was required for sufficient filling. The powder should be equally distributed, and no dead zones should be generated. Thus, feeder paddles with a higher number of fingers were advantageous here, and a certain height was even essential for filling the dies.

In compression trials at the KORSCH INNOVATION CENTER in Berlin, wide varieties of products are compressed on all machine models. Many of them are established market products, while others are currently in the development process.

Especially in multi-layer tablet production challenges can arise. The processes of filling the first layer and filling the subsequent layers differ. During first-layer filling, the lower punch is moving down in the fill cam so that a suction process under the powder bed takes place. On the following layer, however, the first layer is already present in the die, so that the second layer product can only fall gravimetrically into the die. Therefore, the filling of the subsequent layers is of utmost interest and can be a root cause of production speed limits.

The next three examples show that the geometry of the paddle can decide whether a production is successful or not depending on the powder bulk behavior in the feed frame.

The following example of a bi-layer tablet production reveals that the filling uniformity performance can be improved by changing the feeder paddle geometries. A square paddle achieved a more homogeneous filling than a round one. The differences were not high in absolute terms but could be decisive for narrow tablet specifications.

It also became apparent that the paddle speed had to be increased, when using a round paddle geometry. As the powder was less actively forced into the die, a faster movement was necessary for uniform filling. This phenomenon is frequently observed in the KORSCH INNOVATION CENTER and is not limited to this single example.

The next example shows that the uniformity of filling does not necessarily change when the feeder paddle geometry is changed.

In the above example, however, it could also be observed that the absolute amount of filling can be increased with round feeder paddles. This becomes evident with powders that are easily compactable and tended to flow into the die due to the loosening of the powder bed by the use of round feeder paddles.

Rarely, the geometry of the feeder paddle determines whether production is possible at all or not.

In the following example, the second layer in a bi-layer tablet production could not be filled with a rectangular filling wheel. At high paddle speeds, the machine could not be started, because the powder densified in such a way that the paddle drive motor reached the maximum possible load, and the press was automatically stopped. At low and medium paddle speeds, the dies were barely filled. As soon as the filling wheel was replaced, it was possible to produce continuously at the target speed and within tablet specification.

Besides the paddle geometry, the machine configuration may also have an impact on the production of multi-layer tablets. The platform of the XL 4004 MFP makes it possible to choose between different fill lengths for the respective layers.

In a predefined configuration, such as for the XT 600, the layer order can be of vital importance. All powder products benefit from the suction effect of the fill cam on the first layer, which however is more essential for some products than for others.

The practical example below shows how the relative standard deviation of the tablet weight of 1.43% of the first layer, which was already good, could still be reduced to 0.43%. The layers were exchanged with otherwise identical production parameters, in this case even with improved uniformity also on the second layer.

The practical examples reveal that bulk powder characteristics may pose a challenge for the die filling process, especially powders with poor flowability, powders that densify easily, and powders with low bulk density (large powder volumes that need to be filled).

However, this challenge can be overcome with a modular filling system and optimized process adjustments - in most cases without any modification of the formulation. Since powder mixtures and their interaction with each other as well as with the machine components are very complex, the flowability in the system of the tablet press must be investigated at the desired target parameters and adjusted if necessary.

KORSCH has many years of experience in this field and can contribute to the development of an economical and optimized tableting process. 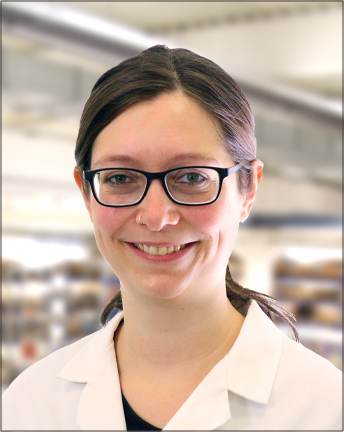