A micro-chip confirms that a tablet has been taken: KORSCH technology makes it happen.

Nearly half of all patients don’t take their medication as prescribed. Some don’t take it at all. Others don’t take it at the prescribed times or at the right intervals or in the right dosage. The consequences are illnesses which are unnecessarily protracted, medical complications, and sometimes lives are even put at risk because an important remedy is not administered as required.

Particularly affected are elderly and those with mental illness. Now there is a reliable option for checking whether tablets have been taken – using IEM tablets. IEM stands for Ingestible Event Marker. In technical terms, this involves a tri-layer tablet, where the middle layer is the microchip. It is coated on one side with a copper compound and on the other with magnesium. Both substances occur in the body and are completely harmless. When the tablet is ingested and the micro-chip comes into contact with gastric acid, the micro-chip circuit is activated. This signal is picked up by a patch on the patient’s skin and relayed to a smartphone. This technology was developed by the US company, Proteus Digital Health. Back in 2012 the FDA, the US regulatory authority, approved this technology for use using placebos; the first active agent featuring this technology has been in use since 2015.

Manuel Bachmann, project manager at KORSCH, mentored the development of the IEM tablet press. “Handling the micro-chip represented a particular challenge for us. Our presses are geared towards processing powder. The chips come in reels of blister packaging and therefore necessitated a completely new handling system.” Furthermore these tiny chips turned out to be very tricky to handle. They become electrostatically charged and are so light that they can be influenced by even the slightest air movement. They must not come into contact with metal, all of which makes handling complicated.”

The KORSCH XL 400 MFP Tri-Layer technology was modified accordingly for this purpose and upgraded by adding a handling and transfer system for the chips. At the “loading station” the chips are removed from the reels of blister packaging and deposited in small, individual transfer sleds, or “carriers”. The carriers are conveyed via a conveyor belt to an inlet wheel, which is attached to the transfer unit that functions as an interface with the tablet press. The chips are deposited in the die on the first layer powder bed and the empty carriers are discharged and returned to the track.

Both removal of the chips from the reels of blister packaging as well as IEM transfer to the tablets are monitored by five cameras, meaning that carriers without chips on-board, and tablets without chips inside are separated out immediately. “It took us nearly 18 months of research and we experimented a great deal before this process worked properly. This project was a major challenge for all those involved, but the result was successful” Manuel Bachmann recalls.

The XL 400 MFP and the IEM transport unit are fully integrated and synchronized, and KORSCH has filed a patent application for the entire manufacturing process. 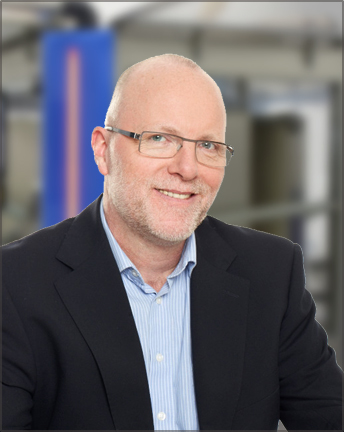